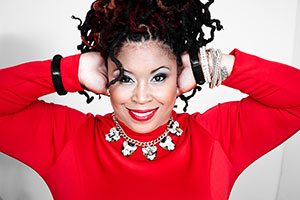 Vocalist/songwriter and soulful storyteller Rika-Rai makes moving inspiration-soul music about the miracles of each moment. Her songs blend Gospel and velvety R&B vocals with contagious hip-hop beats and lyrics that spread abundant messages of healing and grace and reflect her inner sparkle. She invites others into her abundant, spiritual inner world during her compelling live performances and crafts recordings brimming with energetic songs that chronicle stories of deep joy, love, hope and self-discovery. Rika-Rai’s mighty voice resounds through her brand-new EP, Love, Life and Faith, a heartfelt, personal collection of original work that blends deep grooves with heavenly layers of vocals spreading the word about finding delight and peace in life’s colorful journey. The new album furthers her mission to give glory to God and shine her light through uplifting songs.

An Early Love for Music 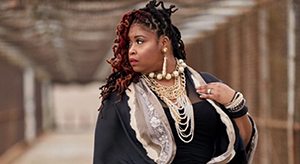 Rika-Rai’s devotion to music began while dueting with her father, a professional singer, during her music-filled childhood in Los Angeles, CA. He introduced her to classic R&B and pop, and she fell in love with the vibrant sound, electric energy and artists’ ability to make stories come alive. Rika-Rai’s natural talent for harmonies and arrangements and ability to dream up infectious melodies allowed her to craft vivid songs, which she sang and played on piano in order to express and explore her emotions, discover her vulnerability and create her own magical world.

God Led Her To Gospel

She sang in show choirs and participated in vocal competitions throughout her teens, using music to chronicle her life, then began recording professionally at 17 as she further honed her songwriting craft and became more entrenched in the R&B, pop and musical theater genres. God led her to Gospel while she was working on a project for another artist, and she began attending church regularly, eventually joining the choir. After leading her first song for the congregation, the magnitude of her voice and knack for arrangement were immediately apparent. She became a part of the praise team, and as  her love for Gospel grew. Over time, she ascended to the role of choir director, then Minister of Music, positions she held for almost a decade.

And Opened Many Doors

Rika-Rai has been involved in a wide variety of exciting projects spanning styles from Gospel, to R&B, pop, jazz and beyond and collaborated with a number of legendary artists. She portrayed Lorrel Robinson in Dreamgirls  and as the principal singer with Norwegian Cruise Lines, reprised that role plus starred as Rizzo in Grease and as Armelia in Ain’t Misbehavin’. Additionally, she appeared on television as a semi-finalist on Fox’s 3 Minutes of Stardom. Rika-Rai has also worked with Dyan Cannon and Barry Manilow and has performed at popular venues including the Universal Amphitheater, House of Blues Los Angeles as well as at Speckles and at the Lyceum Theatre in San Diego. A sought-after Gospel vocalist and choir director, she has performed with, recorded with and directed a number of Gospel choirs in southern California.

Rika-Rai’s mission is to reach people with positive messages through music, and personal testimonies. Her single “Blazin’ for Christ” will be released soon.

Keep up with news from Rika-Rai and be the first to know about appearances, events and new music releases!